E-Library of Resources for Political Theory from Hobbes

General Resources on the History of Political Thought

The Cambridge Department of Politics and International Studies maintains very extensive reading lists for their modules on the history of political thought. Do ransack these for any references that might be useful. Have a look at:
* POL 7: covers Hobbes and Locke.
* POL 8: covers Rousseau, Wollstonecraft, Mill and Marx.

The Stanford Encyclopedia of Philosophy is an invaluable peer-reviewed scholarly resource for essays. (I know academics who cite SEP entries for their own publications!) If you do use the SEP, make sure you reference a stable version of the entry in question. For example, if you want to cite the article on “Hobbes’s Moral and Political Philosophy”, you’ll need the last-archived version which is from Fall 2020. For instructions on how to do this properly, consult the “Author and Citation Info” which is at the top left of every entry. Do not cite any dynamic articles, as these may be updated without prior notice.

Rousseau, Discourse on Inequality and The Social Contract

Wollstonecraft, A Vindication of the Rights of Woman 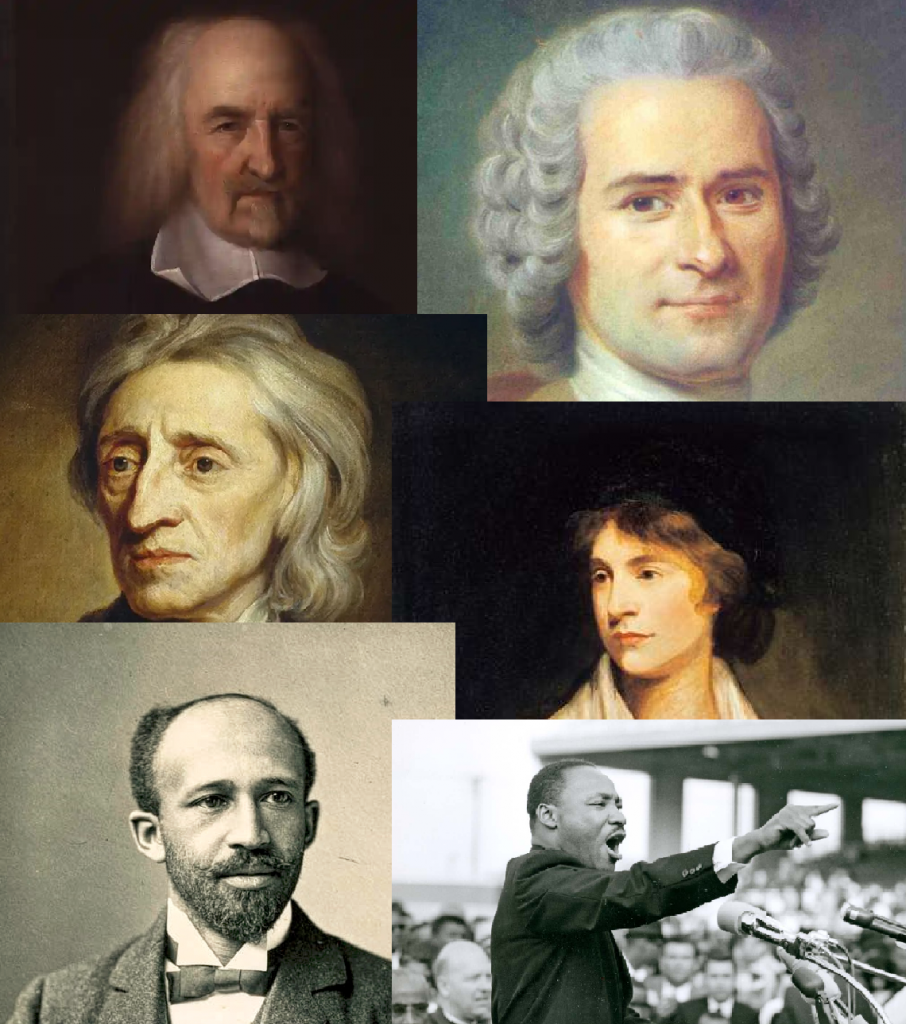